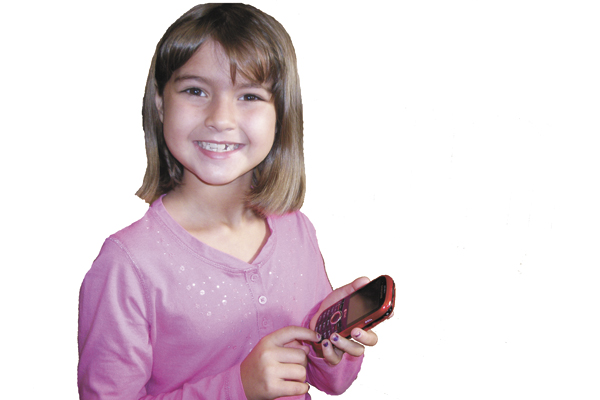 When people call 8-year-old Devon Spademan a “hero,” she says she is just thankful her “Mr. Mike” is alive.

“I guess you could say I saved my grandpa’s life,” said Spademan, a third grader at W.S. Harlan Elementary School.

When others hear the story about the tragic accident that cost Mike Heard his arm, they tend to agree.

“Mr. Mike,” or Mike Heard as he’s known to the rest of the Florala population, is married to Spademan’s grandmother, Patty Ferman, or “Oma,” as she’s known to her grandchildren.

“It happened Saturday (Nov. 13), and we were out at the old country house (in Defuniak Springs, Fla.),” Devon said. “We have this 200-year-old tree, one of those great big ones. Well, the limbs, it’s as a big as a regular tree. Well, you know how they grow up and split? Bees had lived in ours and hollowed it.

“Mr. Mike, he was out there cutting off a branch with a chainsaw,” she said. “I tell you, it was as big as a normal tree. Well, it cracked. Mr. Mike dove between two other trees and flung the chainsaw, but the tree landed on his arm.”

That’s where Spademan and her heroic actions enter the picture.

“I heard my Oma scream, ‘Mike’ really loud,” she said. “So, I ran out there and saw her hands covered with blood. I called 911, and they had to ‘high light’ him to the hospital.”

Spademan said she saw the blood on her Oma’s hands and knew something was bad wrong, but what Spademan leaves out of the story is how, after calling 911, she rushed back inside for towels to staunch the flow of blood, directed the ambulance to the accident site and managed to protect her 5-year-old sister, Hayden.

“Hayden was crying really loud, and I told her it was going to be OK,” she said. “I told her I called 911, and they were coming to save us.”

And “they” – a host of medical personnel – did. The life flight – or “high light” – helicopter arrived to transport Heard to the trauma unit where doctors had to amputate his arm just above the elbow. He also suffered a cracked pelvis and muscle damage.

Doctors predict Heard will make a full recovery; however, there are countless hours of physical therapy ahead of him. Spademan said she hopes it will be a quick one, because she needs help with her math homework.

Spademan is the daughter of Kristi Matlock of Florala.