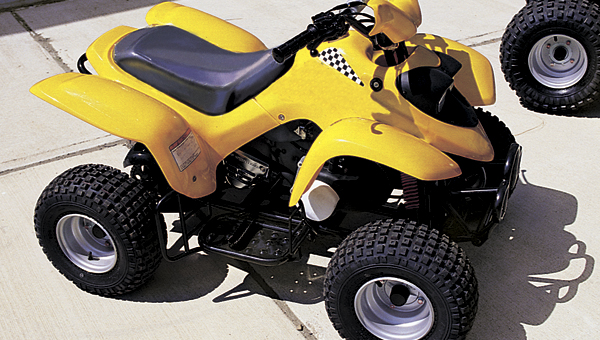 A Red Level man is recovering after being seriously injured when thrown from a 4-wheeler Friday.

Family members say Randy Huckaba, 44, was coming up the driveway when they believe the throttle stuck, causing him to suddenly lose control.

Huckaba’s wife, Annette, said it was a very scary situation for the family.

“He was thrown off the 4-wheeler and landed primarily on the right side of his face and head,” she said. “(Emergency personnel) arrived and they life flighted him to Sacred Heart in Pensacola.”

Huckaba said her husband was assessed by emergency room workers, who luckily found no swelling or bleeding in the cranial cavity.

“He does have two facial fractures, which will be assessed further as he heals more,” she said. “We are very, very lucky. He has been in ICU in the Trauma Unit and is being moved to the Progressive Care Unit to a private room. He is coming around slowly.”

Huckaba said the incident is a prime example of why people should use helmets when operating an ATV.

“I would really like to thank Eddie Rowell, Dennis Meeks, David Anderson, the Red Level Volunteer Fire Department, the members of Life Flight 1, and all of our neighbors, friends and family for all the prayers and everything they have done for us during this time,” Huckaba said.