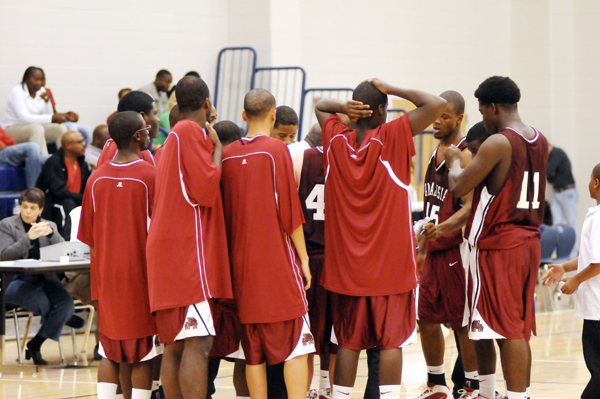 Third-ranked Andalusia rolled out to an early 21-3 lead after the first period in Pleasant Home on Thursday night on its way to a 57-36 win over the Eagles.

The Bulldogs led 39-12 at half time, and AHS coach Richard Robertson didn’t return his starting five for the rest of the game.

“We felt like we had to take Pleasant Home out of their comfort zone because they’re a well-coached and disciplined basketball team,” Robertson said. “We put a little pressure on them.

“We got accomplished what we wanted to get accomplished,” he said. “That was the secret. The difference of the ball game was our size. They’ve got a good basketball team, though. They’re 4-2, and they’ll be all right.”

Andalusia improved to 7-1 on the season, and will travel to play rival Opp tonight in regular season action.