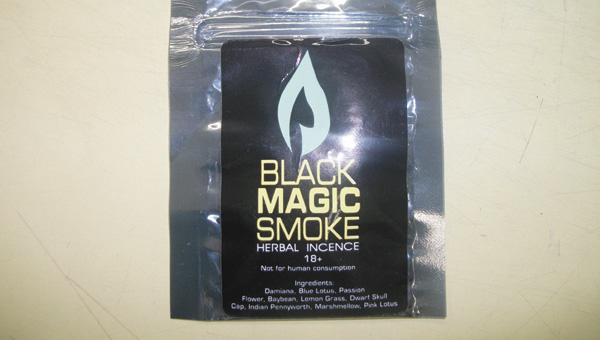 Several local convenience stores are selling legal versions of synthetic marijuana, and parents are being warned of its dangers.

The product, which also is known by a variety of other names, consists of dried herbs sprayed with synthetic potent psychotropic compounds. It ranges in price and is generally marketed as incense, potpourri or even bath salts. While marked “not for human consumption,” it is smoked or ingested in the hope of achieving a legal marijuana-like high.

“The product has to contain certain ingredients to be classified as illegal,” Byrd said. Specifically, JWH-018, a synthetic cannabinoid — a drug that produces an effect on the brain similar to THC — or some variation on it, he said. One must be 18 to purchase it.

On July 1, products containing the compound became illegal in Alabama – a move that put the state among the ranks of 11 others banning the use.

In the past year, there have been more than 500 cases of adverse reactions to synthetic marijuana across the country, according to the American Association of Poison Control Centers. The number has risen exponentially, with the organization only citing six reported incidents from the year before.

“Several months ago, there were some places that were carrying that type of product; however, once the distributors realized that the products were illegal, they quit selling it.

“Now, we have new products that don’t contain those illegal ingredients, but it is believed that the product still has the same impact,” he said.

Byrd said instead of producing a “relaxing” high associated with marijuana use, these products have the opposite effect.

“We’ve had several dealings with parents with kids smoking this stuff,” he said. “The high they get is much different, often making them a little crazier.”

The products can cause a dangerously elevated heart rate and blood pressure, anxiety, numbness and tingling sensations, nausea, vomiting, agitation and intense hallucinations and delusions.

Byrd said the products, both in their illegal and legal form, are new to the agency.

“We’re not really familiar with them, but they’re definitely something to watch out for – both for law enforcement and parents,” he said. “Right now, several local stores are selling some similar products called Kush Herbal Incense, Voodoo Remix and Black Magic Smoke.

“These things are the same as the illegal versions, just with the illegal components taken out,” he said. “And that makes them legal, but they’re still dangerous.”

Byrd said the product looks similar to loose tobacco, and it is consumed the same way as marijuana.

“You can roll it and smoke it like a cigarette,” he said. “It comes in a 3×3-inch pouch and is usually found behind the counter.”

Byrd said parents should be watchful of any sign of drug use.