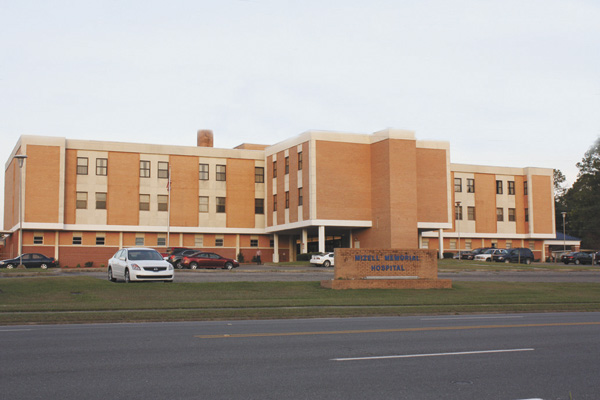 Mizell will also undergo some rennovations using the bond money.

The City of Opp has agreed to underwrite a $6.5 million bond issue to help Mizell Hospital out of a “financial bind.”
Council members officially acted on the agreement Monday by passing a resolution that would allow the hospital to pay off more than $4.7 million in outstanding bonds, as well as make needed repairs and improvements to the hospital building.
“We’ve met with hospital officials several times,” Mayor H.D. Edgar said. “We are doing this to help them secure funding to keep the hospital alive. We’re going to explore all options for the bond issue, but we expect to sell the bonds in about 60 days.”
Edgar said the city has “excellent credit” and will back the money for the bond issue, and the hospital will make the payments. The amount of the payment will depend on the interest rate for which the bonds are sold, he said.
“It’s very important to our citizens to be able to have a health care facility,” he said. “This will get (the hospital) out of the financial bind they are currently in. It’s my understanding the money is going to be used to retire some outstanding debts the hospital has and for miscellaneous roofing and maintenance projects.”
Councilman Mickey Crew said the “city is replacing one of (the hospital’s) financial institutions.”
Mizell Memorial Hospital CEO Jana Wyatt said she is pleased that the city has agreed to partner with the hospital.
In July, it was announced the hospital’s financial situation was forcing a number of changes, including the exploration of funding options, implementing a reduced workweek and a 10 percent pay reduction for salaried employees.
Now, the partnership with the city will allow the hospital to pay off $4,750,000 in existing variable rate bonds, Wyatt said.
“Recent effects of the market have caused Mizell’s interest rate on the bonds to go up tremendously,” said Wyatt as she explained the reasoning behind the agreement.
“By the City backing the new bond issue, their excellent credit rating will help the hospital secure a lower fixed interest rate than we could obtain on our own,” she said. “The additional proceeds will be used to consolidate other outstanding debt and make many needed repairs and improvements to the physical plant.
“Because of the continued support of our city officials, our great community, some very difficult cost cutting measures and the past year’s increase in Medicaid reimbursement, the hospital will post its first positive net income in several years for fiscal year 2010,” she said. “We sincerely appreciate the trust the City has placed in us to continue to be a vital force in our community for many years to come.”
Currently, the hospital employs 248 people.