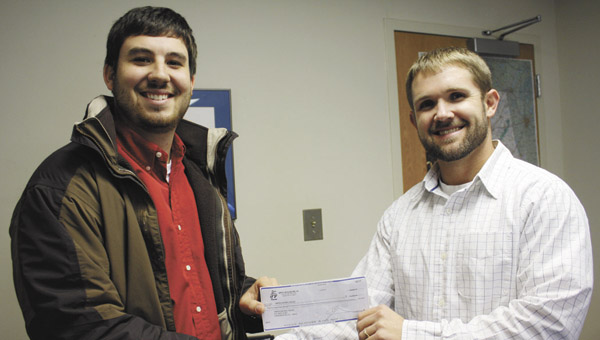 In the last five months, the Covington County Chapter of the American Red Cross has spent nearly $19,000 to provide disaster assistance because of electrical and kitchen fires.

And that’s only $10,000 less than the $29,200 spent in the chapter’s last fiscal year, which begins in July, said executive director Merrill Davis.

“This year, the bulk of what we’re seeing is kitchen and electrical fires,” Davis said. “In the summer months, it was grease fires and electrical overloads because of air conditioners.

“This time of the year, it’s electrical fires because of heaters, big televisions and all the other things that are plugged in,” he said.

Space heaters are also another major concern, he said.

“You have to be careful and keep those heaters away from flammable objects such as furniture and curtains,” he said.

The heater should be placed on the floor, out of high-traffic areas and never left unattended, he said. Never put anything on top of your space heater.

Those who heat using a fireplace should be wary of creosote build up, which can ignite, leading to a serious fire.

“Chimneys need to be cleaned out frequently and inspected for cracks and obstructions,” he said. “Never burn trash, paper or green wood in your fireplace, because these are difficult to control and cause heavy creosote buildup.”

Davis also recommended using a fireplace screen that is both big enough to cover the entire opening of the fireplace to catch flying sparks and heavy enough to stop rolling logs.

“Also, don’t forget to install a smoke alarm outside each bedroom,” he said.

It’s called antifreeze for a reason, have it checked