Dansby does missions in Ethiopia 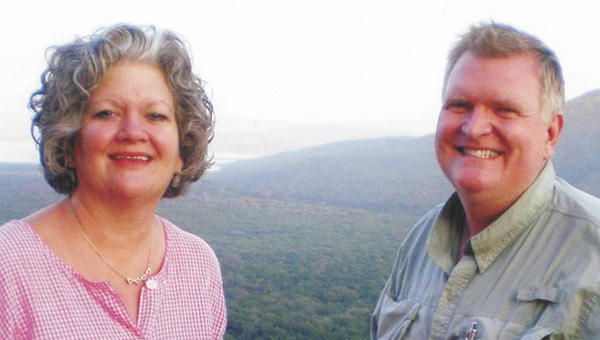 In today’s world, messages are sent almost instantaneously, but local resident Jennifer Dansby traveled thousands of miles to deliver a message of hope and health to the people of Ethiopia.

“My brother has been to Ethiopia three times, and he wanted me to go with him,” she said. “I really have a heart for missions, so I was happy to go.”

The trip Dansby and her brother, Bill Smith, participated in was a medical missions trip, through “e3partners,” who work to evangelize, equip and enlarge. The group left Oct. 27 and returned Nov. 8.

During her nearly two-week mission trip, Dansby along with 13 others, including three doctors and two nurses, saw patients and promoted AIDS awareness.

“We use a ‘hope cube,’ which explains things such as how to keep from getting (AIDS) and if you have it what you can do,” she said. “We also shared an “EvangeCube,” which includes a plan of salvation from creation to giving your heart to Christ to going to heaven one day.”

Dansby said the AIDS awareness is very important because “the people are perishing from AIDS.”

In fact, USAID, predicts that about 1.1 million Ethiopians are living with HIV.

The epidemic affects all ages in Ethiopia.

Dansby said she saw an 18-month-old baby who had fungus all over its head.

“The doctor said the baby probably had AIDS, but the mother said she had been tested and didn’t have it,” she said.

Dansby said the Ethiopian government is working to educate the people about AIDS, but “it’s still a death sentence” for many.

“It’s the modern-day leprosy,” she said.

In addition, Dansby and the other missionaries taught the Ethiopians simple hygiene tips.

“In the villages, we taught hand washing and tooth brushing,” she said. “Another lady taught them about eye health because eye disease is a big problem there.”

Dansby said she was able to minister to some of the people, and kept a running list of those who received salvation.

Dansby said she learned a lot from the Ethiopians.

“The Ethiopians do not consider themselves African,” she said. “They’ve never been conquered, and have always been an independent state.”

Dansby said that translators helped them deliver their messages to the people.

“They have 98 languages that are spoken there,” she said. “Most of the time, it has to be translated three times.”

Dansby said throughout the nearly two weeks, missionaries get to know and love their translators.

“The white people from American draw the crowds,” she said. “But we need the translators to get the message out.”

Dansby said she’d go back to Ethiopia “in a minute.”

“I left a piece of my heart in Ethiopia,” she said. “The people are very loving. They appreciate anything you do for them.”