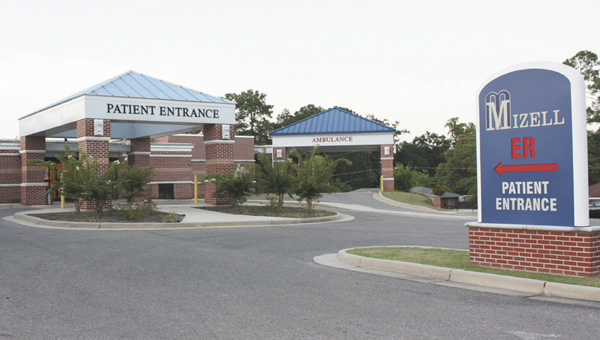 Opp Mayor H.D. Edgar doesn’t forsee the city getting into the hospital business, but it’s something that he would consider to keep a hospital in the city.

Earlier this week, the Opp City Council agreed to underwrite a $6.5 million bond issue for the hospital. Essentially, the bond allows the hospital to refinance its debt at a lower interest rate and provides additional funds to make needed improvements at the hospital.

Edgar said he feels confident in that decision, and doesn’t think that Opp will find itself in the position the City of Troy was in earlier this year when it took over Troy Regional Medical Center.

“I think it’s going to be OK,” Edgar said. “The hospital hasn’t ever missed a payment. Their payments should be a little bit less than what they’re paying now, and there will be about $800,000 left for upkeep and maintenance.”

Still, Edgar said if for some reason the hospital isn’t able to make their payments, the city has a plan of action.

“More than likely if they couldn’t pay, we would probably supplement the payment for an indefinite amount of time,” he said. “We could probably help out until they could get back on their feet.”

Edgar said if the payments weren’t made, the bond insurance company would come in and liquidate the hospital’s assests.

“It’s not likely that we would get the hospital, unless we wanted to continue making the payments,” he said. “I think we could step in and take over. We don’t want to do that, if we don’t have to.”

“If the assets don’t sell for enough, we’d be responsible for excess amount,” he said. “If push came to shove, we could implement a half-cent or 1-cent sales tax increase, but we don’t want to do that. Our sales tax is already 9 cents.”

That’s what happened after the City of Troy took over TRMC this year.

At one point in 2008, TRMC was on the brink of closing its doors, when Attentus Health Care went bankrupt.

A group of 14 doctors, partnering with another investor, stepped up and invested millions into the health care system in an attempt to turn the hospital around.

In February, after investors had spent months trying to get the hospital back on its feet, the city took over TRMC.

The city established a Health Care Authority that handles the hospital’s financial decisions. The accounting is made through the city of Troy and then channeled through the authority back to the hospital, as hospital administrators request funds.

Additionally, the authority issued a $6 million line of operating credit.

Taking on the hospital debt and finances forced the City of Troy to implement a 1-cent sales tax in March to help with the nearly $2.2 million per month it takes to operate the facility.

It is expected the city will generate around $2.7 million annually from the additional tax.

Still, Edgar said he doesn’t think the city will end of in the hospital business like the City of Troy.

“I think our situation is a little bit different,” he said. “They have something like a trust fund, and we don’t.”

Regardless of the situation, the existence of the hospital within the city is crucial, he said.

“The hospital is one of our leading employers,” he said. “It would certainly have an economic impact, if they did close. Not only would our residents not have a place for health care, it would have an impact on future industries.”