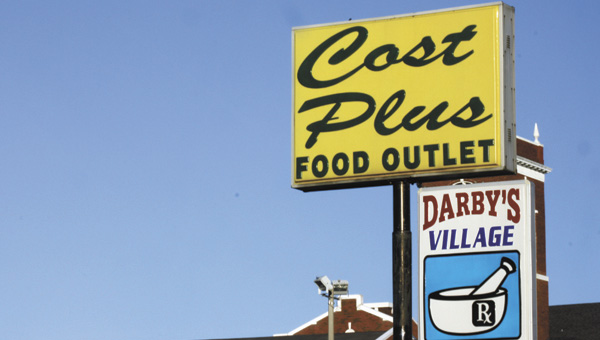 Customers of Andalusia’s Cost Plus no longer have to worry that their store may close, officials said Thursday.

Food Giant, a Missouri-based grocery store chain, bought out the store and officially took possession of the store on Wednesday.

“Overall everything is going to stay the same,” he said. “We will still operate under the Cost Plus name and it will still be cost plus 10 percent. We are also staying in the same place.”

The store is located on East Three Notch Street across from Sonic.

“We will also keep our same store hours,” he said.

This is the second store Food Giant owns in Andalusia and the third in Covington County.

It also owns Pic-N-Sav at the Covington Mall and Florala’s Piggly Wiggly.