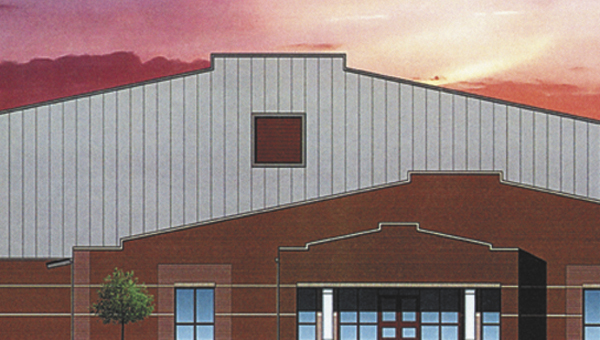 Architect Joe Donofro said he would submit the preliminary plans for the first round of approval in January, and construction should begin around March, once plans are approved by the building commission.

In November, the board approved a resolution to fund the more than $2.5 million facility.

The facility is being paid for with money from a Qualified School Construction Bond and the Bulldog Foundation is bridging the gap for any necessary costs the QSCB monies do not cover as well as paying the $8,000 in attorney’s fees and other costs associated with getting the project under way.

Donofro gave the board an additional alternate that would allow for more brick rather than the metal on the outside, if the money is available.

Board president Bill King reminded the board that minor changes can occur after the plans were approved.

“I greatly appreciate the confidence you have in us (the foundation),” he said. “I believe this is a good step for Andalusia City Schools.”

“We are excited for this opportunity to make Andalusia City Schools better,” he said.

In other business the board:

• approved an end of the year field trip for fifth graders to the U.S.S. Alabama and Exploreum in Mobile, set for May 11, 2011.

• approved November’s financials, in which revenues site at 21 percent and expenditures at 16 percent. Chief Financial Officer Jean Sellers said the financials are “right on track.”

• voted to convene in executive session to discuss the good name and character of an individual, but took no action.