The value of giving 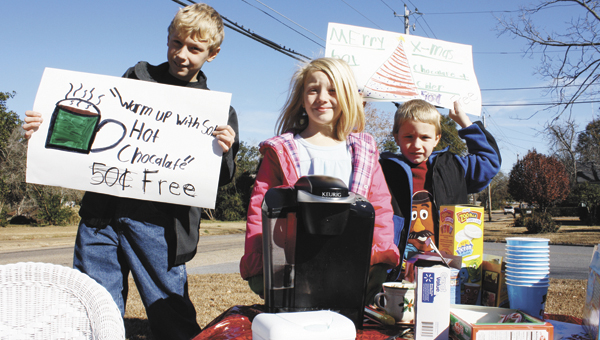 The trio stand outside waiting on the next group to stop by for their free goodies. | Stephanie Nelson/Star-News

I t is better to give than receive, especially if you ask Lexi Odom, her brother Austin and Avery Smith, who, on Monday, were handing out free hot chocolate and apple cider to those who passed by their “Lala’s” house (also know as the home of Harriett Hubbard on South Three Notch Street). The children raised more than $40 through donations and elected to give the day’s proceeds to help provide Christmas to a local 5-year-old boy who recently lost his father.