If I could only have 3 gifts, I’d choose…

While most children have long lists of presents they’d like to receive, there are usually certain gifts children want more than anything.

Andalusia Middle School students shared with The Star-News three gifts they would choose if that’s all they could have for Christmas. 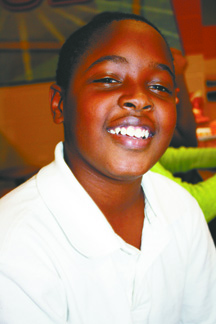 “I’d chose these because they’re awesome,” he said.

Not to be outdone, Kendrick Brown said he’d choose a four-wheeler, pellet gun and a Droid.

“I would like these because they are useful,” he said.

“I’d like a sleeping bag, iPad and money,” Eliz-abeth Cravey said. “I’d choose these because they are useful and the latest things out.”

Sadie Brown said she would pick an iPod touch, new TV and a camera.

“I like iPods, everyone in my family already has a new TV and mine is about 13 years old,” she said. “My camera broke.”

“I would like these things because I don’t have them,” he said.

“I’d choose clothes, a Playstation 3 and shoes,” he said. “I have everything else I want or need.”

Kes-hun Town-send said he’d choose to receive some PSP games, a four-wheeler and a trip to Texas. 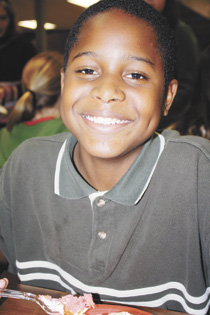 “I want to go to Texas to hang out with my uncle Robert Horry,” he said. “I haven’t seen him in a while. I also want some new games.”