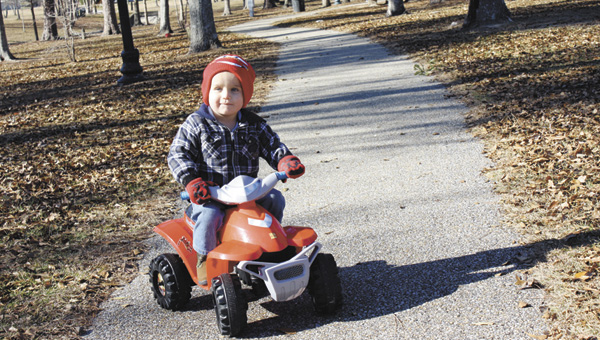 Oh, the weather outside is still a bit frightful following the Christmas weekend’s freezing temperatures and snow flurries.

Christmas Day’s rain eventually gave way to biting winds and glimpses of snow Sunday, but by Monday, the sun broke through the clouds. The day’s wind eventually died down; however, today it will once again make an appearance.

The National Weather Service is forecasting a wind chill between 20 and 30 degrees early in the day before turning into a calm wind, sun-filled day with a high near 55. The nightly low will dip to 22, bringing the county into its second day of a hard freeze warning.

At present, the county is also under a fire weather watch until 5 p.m. today, meaning the low humidity and northerly winds make conditions favorable for a fire to occur.

On Wednesday, things will warm up a bit with a forecasted high near 62 degrees. The day will also bring the area’s first chance of rain of the week with a 20 percent chance. That figure will increase throughout the week, when on Friday the daytime forecast calls for a 20 percent to 40 percent chance of scattered showers and thunderstorms on Saturday.

Nightly lows for the remainder of the week will also increase dramatically, ranging from 39 degrees Wednesday to 52 on Thursday, 57 on Friday and 52 on Saturday.