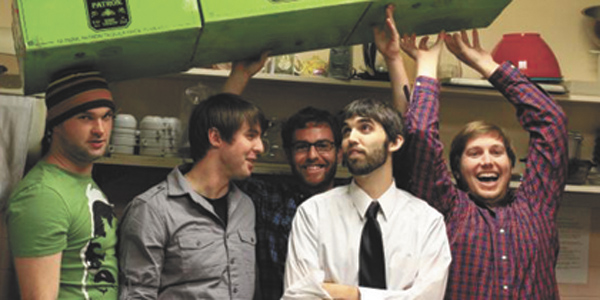 For the second year in a row, rocket scientist/rock vocalist Colin Brooks is going to the BCS national championship game.

And while his team made the finals, he’s really going west to play music.

Last year, Seducing Alice, his rock/rockabilly group that’s been together for about five years, played the historic Roxy Theater on Sunset Boulevard during the University of Alabama’s trip to the BCS championship. Three of the five band members are ‘Bama grads.

“Not that we needed too much convincing to play the Roxy, but last year Alex promised Josh and me that if Auburn were ever in the same situation, we would do the same thing,” Brooks said. “I’m sure last year he didn’t have any idea how soon he’d have to pay the piper, but true to his word, he has worked tirelessly to make our little southwestern showcase come to fruition.”

When Auburn made the finals, the group started sending electronic resumes west.

“With a few keystrokes we could show clubs out there video, audio, press (TV, print, radio), pictures, etc.,” Brooks said. “I can’t imagine how difficult it was to book cross country shows for bands back in the day.”

Last year, a radius clause in the group’s contract with the Roxy limited them to playing one show. This year, they’ll be busier.

“We start things off playing Jimmy Buffet’s Margaritaville located in the Westgate City Center in Glendale (a five-minute walk from the stadium),” Brooks said. “We are also playing Sunday night at El Chorro Lounge in downtown Scottsdale minutes from many of the major hotels.

“Monday night we will be playing after the game in Glendale as well,” he said. “We are going to do something a little different this year. Keeping with our love for the interwebs, we’re encouraging everyone to follow us on Twitter and Facebook and Josh and I will release the site of the “victory party” Monday night from the stadium (We got tickets!). Our one clue at this point is that it will be within walking distance of the stadium.”

They’re also planning to “live tweet” the entire trip, including the drive out there and a Blues Brothersesque gas money acoustic gigs in Albuquerque, N.M., and Tempe, Ariz.

Brooks, who graduated Auburn University with a degree in aerospace engineering, works for Jacobs Engineering as a contractor for NASA on site at Marshal Space Flight Center in Huntsville. He’s an aerothermal analyst.