2011 Relay for Life fundraising kicks off 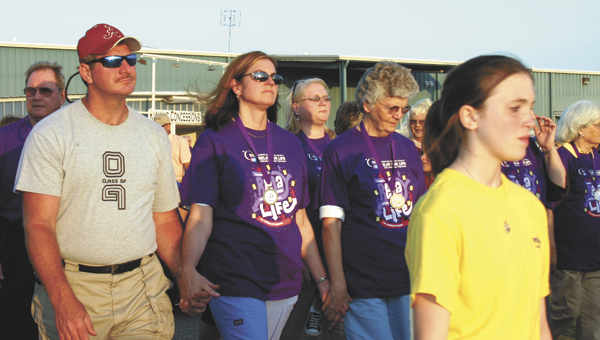 Those wanting to “rock around the clock” as a participant of a Covington County Relay for Life team have until April to decide to be a part of this year’s 50s themed-event.

Carrie Turner, co-chair of the event, said teams are slowly coming in for the Relay for Life event, which is set for April 29 at the Covington County fairgrounds.

Relay For Life is the American Cancer Society’s signature fund-raising activity. During the Relay, team members take turns walking around a track, there is also a survivors’ dinner, lap and entertainment.

“It’s been kind of slow this year,” she said. “But we typically try to look for teams in January. In fact, January through April are our big months for teams. This year our goal is 30 teams.”

Turner said there are a handful of teams who have already started, but more are needed to make this year’s event a success.

“We have some teams who have begun their fundraising,” she said. “One of our major fundraisers is the Relay for Life beauty pageant, that’s typically a good fundraiser.”

Turner said this year the Relay for Life committee has set a fundraising goal of $120,000.

Teams interested in joining the Relay for Life cause should contact Turner or Relay chair Jennifer Lewis at 222-0533, or they can attend the next meeting, which is Jan. 11, at 6 p.m. at the Covington County Board of Education.

Back to the books