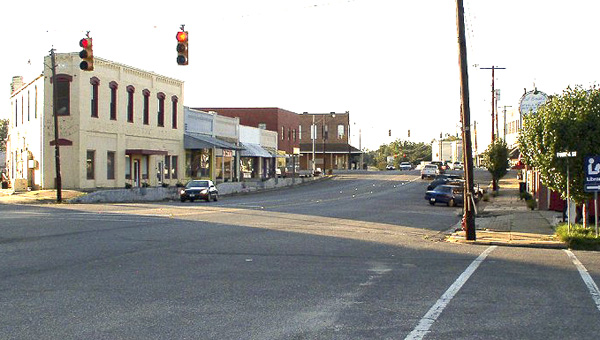 A more than five-year process came to a close Dec. 21 as Florala’s district was listed in the National Register of historic places.

The district encompasses several blocks along both Fifth Street and Fifth Avenue, as well as portions of Fourth Street and Wall Street. As a result of the new classification, commercial property owners within the area are now eligible for tax breaks for renovations that follow NHR guidelines.

“It’s not as daunting as it sounds, ‘to stay in the guidelines,’ ” said Chuck Simon, one of the local motivators behind the project. “It’s a really great benefit to those who qualify for the breaks.”

In a press release, the AHC describes Florala’s historic district as being “comprised of buildings dating from the late 19th century up through 1951. Taken as a group, these resources illustrate small town development in Alabama’s Wiregrass region in the first half of the 20th century. Most of the historic houses in the district are of the Queen Anne style with the most significant one being the James Thomas Hughes House.

“The L&N Depot represents Florala’s railroad history,” the released stated. “The Percy S. McClung Armory, funded by the New Deal, reminds us of the federal government’s commitment to creating employment opportunities during the Great Depression and promoting national defense.

“Florala’s industrial history is represented by the former Franklin Ferguson Company on Fourth Street. Finally, the Florala Historic District contains a fine collection of commercial buildings including the Masonic Lodge (a historic bank building) and the Flatiron Building.”

Mayor Robert Williamson called the announcement a “reward” for the “perseverance of the Chamber of Commerce and Chuck Simon.

“And outside of the obvious, we think it’s another piece of the puzzle that helps us focus on tourism that accentuates the historic value our community has,” he said.