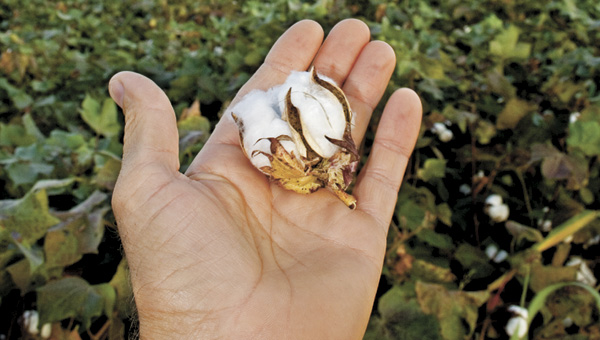 Increased demand nationwide for cotton is expected to continue to increase prices. The nation’s farmers are gearing up, and Covington County farmers are no different.

“That’s much better than the 60 to 70 cents per pound we were once receiving,” he said.

Barnes said Covington County produced more than 14,000 acres of upland cotton, which is typically grown in the South from Virginia to Texas, last year.

These numbers are among the highest numbers on record since the Civil War, when cotton topped out at about $1.89 per pound.

The cotton surge is part of a broad-based commodities rally since the beginning of the year, underpinned by fears of a weakening dollar, healthy demand from emerging markets and various weather-related supply disruptions. Along with cotton, prices of so-called soft commodities such as sugar, orange juice and coffee all have soared, adding to concerns that consumers might soon be paying higher prices for daily necessities.

“In 2009, we had a really good crop, but the heavy rains really did hurt the quantity and quality,” Barnes said. “It put us back to a below average crop.”

Overall, 2010 yielded a “pretty good crop,” Barnes said. “A lot of producers we have were not able to take advantage of the price increases.”

This was due to them being locked in to agreements with cotton associations.

Barnes said that if cotton prices remain optimal, local farmers have the opportunity to net profits in the cotton industry this year.

Piece of history added to museum