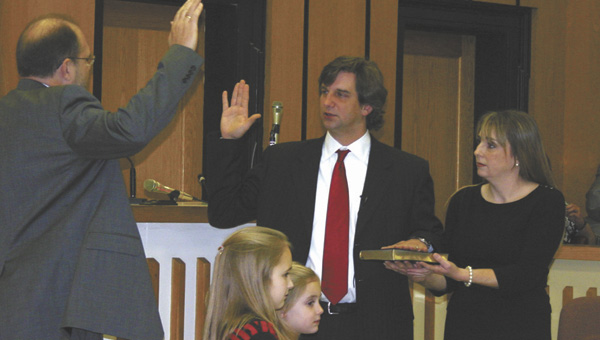 Speaking to a packed courtroom, Merrell said he holds the office as a “sacred trust you have bestowed upon me” and pledged to “seek God’s guidance and wisdom in everything we try to do.”

Merrell, who took lots of ribbing about his collar-length hair on the campaign trail, quipped “I may not be the smartest, sharpest or brightest attorney, but I do have the longest hair.”

The new DA and his staff face their first trial week beginning next Monday. He also has pledged to try the five murder cases currently on the court docket in his first year.