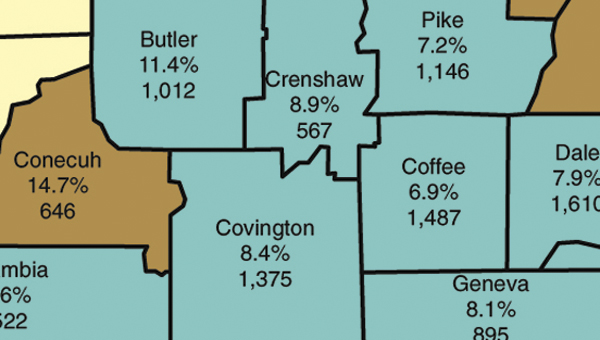 Figures released by Alabama Department of Industrial Relations Director Tom Surtees on Friday showed that Covington County’s unemployment rate in December was 8.4 percent. That’s the first time it’s been below 8.5 percent since January 2009.

While the county’s unemployment rate ticked downward three-tenths of a percentage point in December, the state’s rate ticked up one-tenth of a percent to 9.1 percent. That’s a slight increase from November’s rate of 9.0 percent but significantly lower than the year-ago rate of 10.9 percent.

“Although we did see a small increase in our unemployment rate, we still remain below the national rate, and Alabama did see a net increase in jobs over the past twelve months,” said Surtees.

The trial of three local businessmen indicted in Pennsylvania in November for their parts in allegedly stealing $53 million in... read more