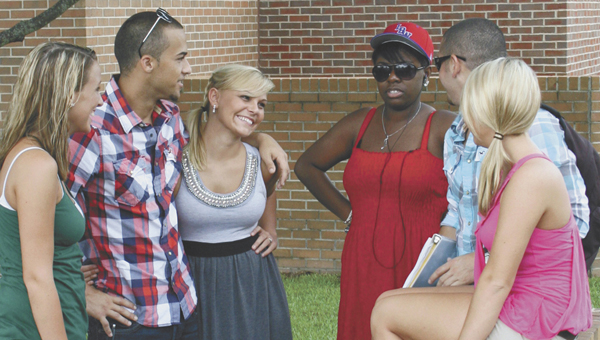 For those at Opp High School and LBW Community College, the name “Gillian Crayton” is synonymous with smiles and a larger-than-life personality.

Crayton, a 2010 OHS graduate and LBWCC student, passed away Saturday after having a seizure Thur-sday on the LBWCC And-alusia campus.

Family and friends throughout Covington County are reeling over the loss.

“We express our deepest sympathy to Gillian’s family,” said LBWCC President Dr. Herbert H.J. Riedel. “We are extremely saddened and grieve the loss of such a promising young woman.”

Gary Hall, Crayton’s horticulture teacher at OHS, described her as a vivacious teen who always wore a smile.

“She was always smiling and cutting up,” he said. “I taught her for two years. I thought the world of her. She was well liked, always talking. She had such personality – it’s hard to put it into words.”

The same can be said from all of Crayton’s OHS teachers, Hall said.

“I thought so much of her, and so did everyone else here,” he said. “She had such personality and respect.”

High school and college friends are now reeling from the news of her death, as Crayton’s Facebook page was filled with words of sympathy and loss.

“When I first heard, I was like I hope she’s OK, but I (thought it wasn’t) serious because we was just talking trash together in class,” said Dorian Sankey. “But that’s not what people remember – it’s the smiles and the good times we remember.”

“(She was) one of those people that only come along once in a lifetime,” he said “One that brought so, so much joy to each and everyone of our lives. She always, always had something funny to say to uplift somebody if they needed it or if we simply needed entertaining.

Friend Neal Owens said, “In her short time here on Earth, (she) touched so many lives with (her) bubbly personality, quick wit and (her) faith in Jesus Christ.

“She will be missed,” he said.

Crayton was the daughter of Gloria Crayton of Opp. She was 18.