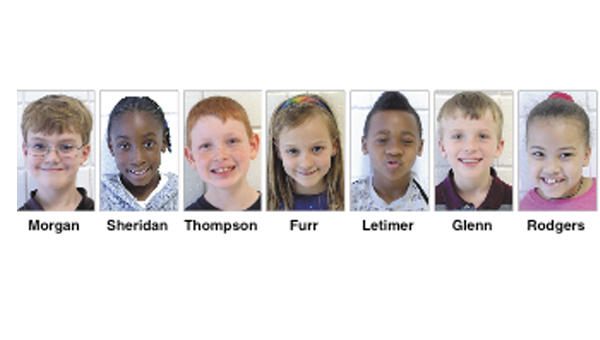 As part of American tradition, Punxsutawney Phil will predict the weather today. Traditionally, Punxsutawney Phil emerges from his temporary burrow, a simulated tree stump at the rural site of Gobbler’s Knob in Pennsylvania, on Feb. 2 of each year, and if he sees his shadow, winter will continue for six more weeks. If he doesn’t, then spring temperatures are on the way.

But Andalusia Elementary School students have their own ideas about Groundhog Day.

First graders in Mrs. Searcy’s class shared their knowledge of the tradition.

Cole Morgan agreed with the tradition.

“If the groundhog comes out of his hole and sees his shadow, we will have six more weeks of winter,” he said.

Maggie Furr said that once he sees his shadow, the groundhog goes back in his hole.

Eryanna Sheridan and Tytianna Rodgers had a bit of a different take on it.

“When they come out of their hole, they see shadows, and they get scared,” Sheridan said.

And while Rodgers said she would like to see a groundhog, Tucker Glenn said he wants no part in that.

“I haven’t seen one, and I don’t want to,” he said. “I think they get scared when they see their shadows, and they go back in their holes to hide.”

“I can tell you that groundhogs are brown,” he said. “Seen one at my daddy’s, and I was scared to death.”

Everett Thompson said groundhogs come out of the hole to get food and then return to their burrow.

Despite the winter weather expected today, Punxsutawney Phil will be on hand to make his predictions.

His caretaker, Bill Deeley, told the Punxsutawney (Pa.) Spirit on Monday, “We might be running plows and snow blowers 15 minutes before the prognostication.”