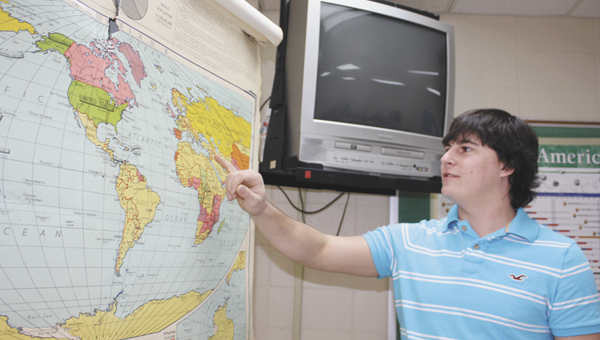 As the turmoil in Egypt rages, so does the discussion of its implications around the world.

It was no different inside of the LBW Community College U.S. History since 1877 class, taught by Katie O’Neal, as students spent the last two days examining the actions and ramifications of events in Egypt.

“Most of the students in this class are history or political science majors, and they really understand and are mindful of what’s happening overseas,” O’Neal said.

As local students participated in detailed discussions of the military powers involved, the governmental process and how the U.S. could be affected if things progress, thousands of supporters and opponents of Egyptian President Hosni Mubarak battled in Cairo’s main square Wednesday.

LBWCC student Wil Hart explained the crux of the issue.

“What (the Egyptians) want is democracy,” Hart said. “They want to vote, and they want a democratic government. They want a police force that’s not corrupt and that the people don’t live in fear of.”

For the past week, the world has watched as demonstrators called for the ousting of Mubarak, who has been in power since 1981. Jim Sage, another LBWCC student, described Mubarak’s recent announcement he will not seek another term as president was a “flinch” at the people’s recent actions.

However, most of Wednesday’s discussion was centered on what the recent unrest means for the U.S.

First, it was the effect on oil, and as a result, gas prices.

“Think about it. If something happens to the control of the Suez Canal, it could add another 6,000 miles to an oil shipment to the U.S.,” Hart said. “That 90 miles of water is very important.”

“There has been peace between Israel and Egypt for the last 30 years,” Duke said. “If those peace negotiations aren’t kept up, we may have to ask ourselves who do we go to war for – Israel or Egypt?

“(The U.S. has) a president who supports Muslims, and we’ve been at peace with Israel since World War II,” he said. “They’re allied with the UN.

“It would be World War III,” he said. “We’d have to back Israel, because if organizations like the Muslim Brotherhood gain control, we could be in war against Islam, and we don’t want that.”

Another cause for concern was pointed out by Bridget Ramsey.

“President Obama has said he plans to downsize the military by 2014,” Ramsey said. “We’re already stretched pretty thin, and we need to watch what other countries like Russia, China and India do – not to mention Korea.

“It’s a very scary situation all the way around,” she said.