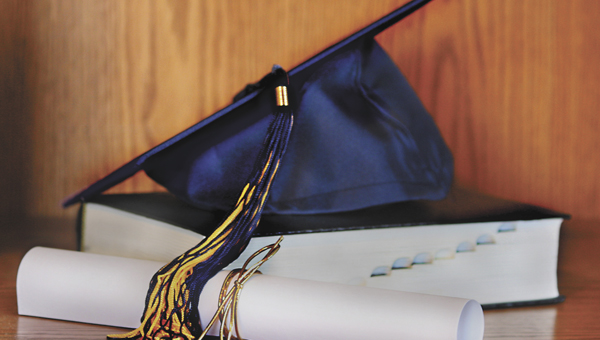 The Opp Board of Education is making changes to its policies that will set higher standards for both academics and behavior.

At a board meeting workshop earlier this week, members discussed changes to its policy of honor graduates, and is expected to approve the changes at its March meeting.

Currently, anyone can be valedictorian or salutatorian regardless to which diploma track the student chooses.

Superintendent Michael Smithart said that means if a student chooses the standard diploma track, which is a less rigorous curriculum than the honors diploma track, and he or she has the highest overall average, they can become valedictorian.

Students in the other tracks would still be eligible for honor student status, just not the highest honor.

“I think this is fair,” said board member Robert Young. “It’s more work for those who are taking the higher tracks.”

Other board members agreed.

“We’d like for it to mean something for those students who are sitting on the front row at graduation,” Smithart said. “We want the highest honors to be our cream of the crop.”

The board also agreed to explore options to incorporate “true advanced placement courses” in the classroom.

In an effort to protect the integrity of the school system, board members also discussed not allowing student-athletes to participate in extracurricular activities if they are charged with a crime.

“If a student is charged with a crime, we don’t need them to be running up and down the field or court,” Smithart said. “We need to set an example so that they know what they did impacts our athletic program. There needs to be a penalty.”

This comes after the board changed its policy a couple of years ago concerning fighting at school.

Previously students were suspended from school for three days.

Smithart said fighting has become a “rare instance” in the system.

Board members discussed whether students who are suspended should be able to make up their work.

Young said he didn’t think it was fair for those students to receive the same amount of credit as students who were in class.

Young questioned whether the students should even receive credit at all.

“School work is non-negotiable,” Smithart said. “You have to keep that expectation.”

“Students have to complete their assignments before they get out (of ISS),” she said. “If we didn’t give credit, then we may have student dropping out, and that’s not what we’re here for.”

A Florala family is lucky to be alive after a fire destroyed their Seventh Avenue home just after midnight Wednesday.... read more