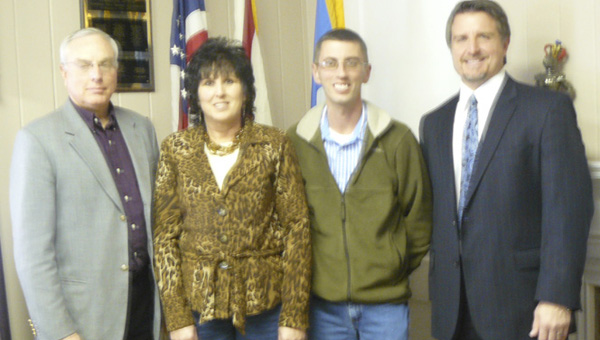 A county judge who was elected as a Democrat in November but who switched parties Monday night, and a man who sought election as an Independent in 2010 were among the four people chosen by the local Republican Executive Committee Thursday to represent Covington County on the State Executive Committee.

The local Republican Executive Committee met Thursday in Andalusia to elect officers for the upcoming four-year term and make appointments to the state committee, according to a press release issued Friday.

Monday night, when nine public officials elected as Democrats in Covington County switched to the Republican party, the local party earned two more seats, for a total of seven.

As local party chairman, Blocker already was a member of the state committee, as were Benny Jo Sasser and Greg White. Thursday, the local executive committee elected Mike Jones Jr., Don Cotton, Trippy McGuire and Robert Williamson to the state committee. Cotton ran for the state House of Representatives as an Independent in 2010, while McGuire, who is Covington County’s district judge, ran unopposed as a Democrat last year.