She graduated from the University of Alabama with a degree in marketing and is currently employed with Total Sports Travel of Montgomery, as a group travel and event coordinator.

He is currently employed by GKN Aerospace Inc. in Tallassee.

The couple was married in a private ceremony in Montgomery with the Rev. Jay Wolf, pastor of the First Baptist Church of Montgomery, officiating.

Sister of the bride, Mrs. Brittany Mikel Daniel, served as matron of honor, and the brother of the groom, Mr. Jonathan Rogoski, of Naugatuck, Conn., served as best man for his brother. Nephews of the bride and groom, Master Reed Daniel and Master Darius Hooks, served as ring bearers for the ceremony. 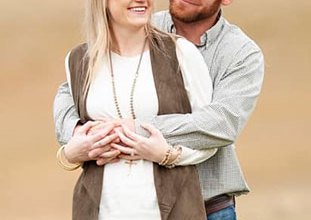