What would your heart say? 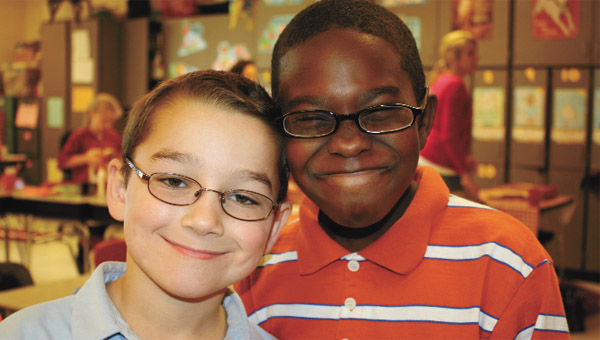 Arguably the most widely recognized Valentine candy, conservation hearts – the pastel sugar hearts with the quirky says – have been part of children’s valentine festivities for nearly 100 years.

Every year, NECCO presents new messages on the tiny colored hearts. New sayings, include “Tweet Me,” Text Me,” “Soul Mate,” “Love Bug” and “Me + You,” along with the traditional expressions of “Puppy Love,” “Sweet Love,” “Sweet Pea” and “Love Me.”

Students at Andalusia Elementary School had their own ideas of what they would choose to put on their own conversation hearts, if they had the opportunity.

Sarah Kathyrn Guilford said she’d choose something traditional such as “Be Mine” or “Happy Valentine’s Day.”

Cole Creamer echoed with “Be Mine,” while Michael Jordan said he’d make his say “Love You.”

Tristyn Harrison was a little more “hip” with her selection.

Victoria Scherf said she liked the idea of choosing “Be My Friend.”

Robert Jones said he’d like for everyone to know they were from him.

Anna Beth German said she’d choose “World Never Ends,” and Bryan McCorvey said his would say “The World Will Never End With You.”

Got a gift yet?