Not ready for all this!

In the newspaper business, there’s a cycle of things.

There are highs when news is everywhere and the stories abound, and there are lows, when it is so hard to make a newspaper.

When I first started in this business, I’d heard someone say they could “feel something was about to happen.”

More often than not, it did. Luckily, it wasn’t all car wrecks, house fires or murder and mayhem. Sometimes it was an economic announcement or good news for the city or the county.

With that said, I don’t know if getting the “feeling” comes from experience, intuition or both, but it’s real. I’ve had it happen to me. Sometimes it’s tangible. You can feel the anxiety building in your chest. I’ve got that feeling now. It’s like a hard knot right under your breastbone.

Earlier Tuesday, I’d had a conversation about what’s happening around the world. Really it was a more of an I-listen-about-all-the-things-I-didn’t-pick-up-on-when-I-watched-the-Early-Show-conversation, and I realized that I, like probably millions of Americans, am missing the bigger picture.

Look at it this way. This week, I’m trying to juggle kids, school, work, ball, work and life, and I am thinking about buying a house. If I were to ask you what your last thought was prior to reading this, what would it be?

I bet it wouldn’t be the budding crisis in Libya, the rising cost of gasoline, the fact that the economy could be seriously hit in the coming months or any of those types of things.

There are major things happening in this world, folks.

I used to sit in history class to learn about all the things that had happened and the people and their actions that define our county. I used to say, “I wonder what history books will say about my generation when it comes time. There doesn’t seem to be any history happening.”

There was. I just didn’t notice it.

Don’t get me wrong – I’m not obsessing over it, but I think those things need to play into our decision-making process as a whole.

Let me give you a for-instance. If the price of food continues to rise, what will that do to your monthly budget? If you bring home $2,000 per month, spend $300 per month on groceries and that amount doubles, you just had to come up with an extra $300 in revenue from some other source.

The same analogy can be made for gasoline and utilities.

We are on the precipice of something, I tell you.

Whatever it is, I don’t think I’m ready for it. 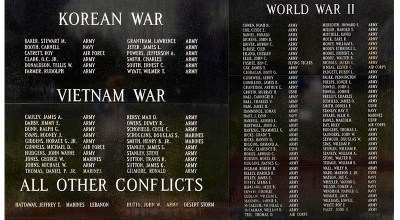 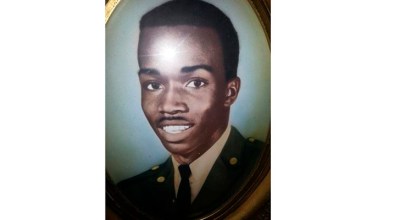 Thrilled to spot eagle on lake