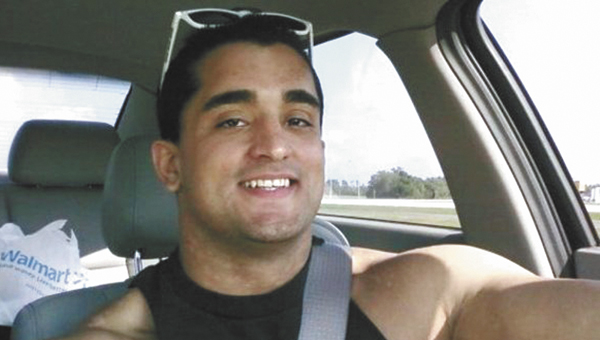 One of the American Idol finalists who made it to the Top 24 this week once sang with LBW Community College’s Ensemble.

Jovany Barreto, who made the Top 24 this week, was a tenor for the 2007 ensemble who joined the group quite by accident.

Ensemble director Johnny Brewer said that Barreto didn’t come to LBWCC to sing in the ensemble, rather he came to play baseball.

“Honestly, he didn’t join the group until after the year had started,” Brewer said. “He actually came as a member of the baseball team.”

Brewer said that Barreto was a student in his music appreciation class and sat near the front.

“He was always singing under his breath,” Brewer said. “But I never got to hear him. One day a student who was in the ensemble came to me and said Jovany could sing, and that I should listen to him.”

Brewer said he was unaware that the members of the ensemble had been telling him to join.

“We listened to him sing, and we offered him a position,” he said. “It was probably early on in the spring semester, I can’t remember exactly, but he had a lot of catching up to do. He did a great job for us.”

“He could sing anything you wanted him to sing,” he said. “He had such a talent.”

“He sings with excellence,” Daniels said. “I’m not surprised he made the top 24, and I wouldn’t be surprised if he won American Idol.”

Brewer said that Barreto never stopped singing, which earned him a nickname within the Ensemble.

“He was constantly singing,” Brewer said. “His nickname got to be Gpod because he was like an Ipod that you couldn’t turn off.”

“He came in the door and sang from the time the door opened until it was time for practice,” Morrow said. “My friend Casey Hardage gave him the nickname Gpod because he was a living, breathing Ipod. Name the song and he could pull it off flawlessly. He is one of the best singers, I personally know.”

Barreto performed The Temptations’ “My Girl,” and the Rascal Flatts version of “Life is a Highway.”

Brewer said that he thinks his program may get a little notoriety from Barreto’s success.

“I like it. I think it could be a positive thing for our music program,” he said. “But, I’ve always believed that there is talent everywhere. We’ve had so many talented voices come through the program.

“Jovany came here from Louisiana,” Brewer said. “We’ve gotten people from everywhere, and Jovany is not the only person we’ve had audition for American Idol. Tambry Nix also auditioned, and she’s a remarkable talent, as well.”

Brewer said that auditions such as American Idol are very subjective.

“The thing with American Idol, is it just depends on the impression you have on the judges,” he said.

Barreto is from Harvey, La. The 23-year-old shipyard mechanic is currently in nursing school at Louisiana State University.

He was one of three children born to Cuban parents, Miriam Armas and Jose Luis Barreto.

Barreto’s Web site says his “soothing voice” was discovered by his mother at 6 in the family’s bathroom shower.

“She was so amazed when she heard him singing that she felt she needed to share it with everyone immediately,” the Web site says.

Later on, Barreto used his talents to “woo” the girls.

“Jovany sang at school dances and even recess,” the Web site says. “He continued to receive positive feedback from everyone which helped boost his confidence. This passion led him to joining a choir class his sophomore year in high school and taking up several music appreciation classes in college. He also joined part of a traveling ensemble for a short period of time in college.”

When asked what inspires him, Barreto said, “It’s always a good feeling to know that you are good at something, but what feels even better is to know that your particular something can make others feel just as good.”