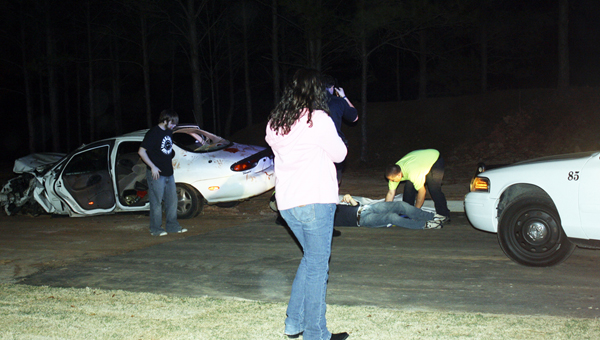 The crowds also contributed 300 cans of food for the Christian Service Center, she said.

The play, which was sponsored by the Covington County Children’s Policy Council Coalition and local law enforcement officials, gave attendees an up-close view of the realities of substance abuse.

“We’d set an attendance goal of 200 people, and we more than doubled that,” she said. “We’re all very pleased.”

Smith said demands have been made to organize a performance for next year, which would allow area school

A publicity shot from Barreto’s Web site. | Courtesy photo One of the American Idol finalists who made it to... read more