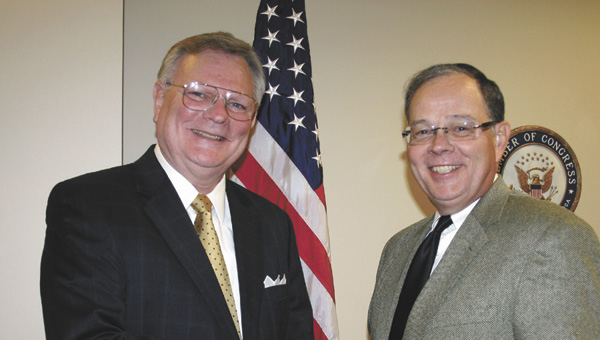 The City of Andalusia received a $40,000 gift from the estate of Dr. and Mrs. John (Grace) Estep for improvements to Springdale.

Rick Clifton, who represents the Estep estate, said the couple wanted to help a number of causes.

Beautification was among their interests, he said, and there are several other gifts to be made in the community. He requested that the money be used at Springdale.

In other business, the council reappointed Jimmy Wilson and Vernell Craig to the Zone of Boarding Adjustments.

The council also announced that there are three openings on the Community Enhancement Committee, which it expcts to fill at its next meeting,, set for March 16.

Sen. Jimmy Holley (R-Elba) said that in the 28 years he’s been an elected official, he’s never seen anything like... read more