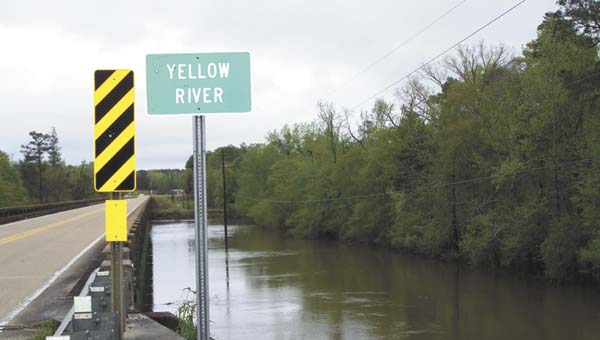 Funding is becoming an issue for repairs on bridges and roads across the state. | File photo

As gas and oil prices shoot up, so does the cost for road and bridge repair, and with the current level of funding “inadequate” to safely maintain the state’s network of county roads and bridges, the Association of County Engineers of Alabama, is calling the problem “A Silent Crisis.”

The group recently released a new needs assessment with the same title that outlines how current funding is inadequate to safely maintain the state’s network of county roads and bridges.

Covington County engineer Darren Capps said the purpose of the publication is to make the public more aware of ever-growing problem of funding road and bridge repair.

Statistics show that the state’s 67 county governments maintain more than 59,000 miles of roads and 8,600 bridges. Deterioration is the biggest problem facing the state’s rural transportation system. Collectively, counties have an annual need of $502 million to keep pace with the deterioration of the rural system. At present, counties collectively receive $369 million annually for maintenance.

On a local level, there are 631-miles of paved county roads. Figures show it would cost more than $103 million to resurface all of those roads at one time. The annual cost to replace those roads on a 15-year cycle is more than $6.8 million.

Bridges are also a large concern. Statewide, counties maintain 8,650 bridges – thousands of which are overdue for rehabilitation or rebuilding every 50 years.

In Covington County, there are 288 county-maintained bridges., 87 of which school buses cross every day. Fifty-two are structurally deficient.

To fund repairs, counties receive an annual allocation of federal highway monies through the Alabama Department of Transportation. In 2010, that figure was $339,000. Additionally, counties receive 55 percent of a 7-cent gasoline tax and a 4-cent tax on gasoline, motor fuel and lubricating oil sales, as well as portions of other taxes and fees levied under state law; however, the majority of those funds are distributed to municipalities within the county.

“So, how do we fund these repairs with what we have coming in? That’s the million-dollar question,” Capps said. “No one – including myself – wants new taxes, but we have to pay for these repairs someway. As the oil cost goes up, the more it costs to do these road projects. It just gets deeper and deeper.”

Capps said there is a bill currently in a state legislative committee that would allow for county commissions to call for a local referendum to authorize the levying of a gas or fuel tax for a five-year period for up to 5 cents per gallon for specific county road and bridge projects identified prior to the referendum. Proceeds could not be used for salaries, benefits or acquiring equipment and no more of 20 percent of the proceeds can be used for purchasing materials. The proposed tax could be renewed by a new vote for an additional five years.

“(The bill) is in the preliminary stages, but if it passes, it could generate some much-needed revenue for projects, so it will be very interesting to see if it works out,” Capps said.