Laugh at the ‘Bus Stop’ 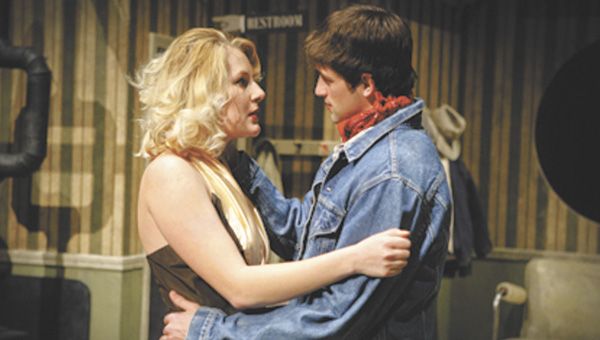 A little love and a lot of laughs are on the menu at the Bus Stop this Sunday afternoon, when the Covington Arts Council will present the last feature of its 2010-2011 season.

The William Inge play is set in a diner about 30 miles west of Kansas City in early March 1955. A freak snowstorm has halted the progress of the bus, and the eight characters (five on the bus) have a weather-enforced layover in the diner from approximately 1 to 5 a.m. Romantic or quasi-romantic relationships ensue.

The movie screenplay was based on both Bus Stop and Inge’s People in the Wind, according to Wikipedia.

“We appreciate all of the community support this year,” Harr said. “The productions the arts council brings to the area are an inexpensive way to have a day at the theater for much less than the cost of visiting neighboring cities for the same events.”

Bus Stop is set for 2 p.m. on Sun., March 27, in the Dixon Center auditorium. Tickets are $15 and $10 for students, and are available at Ansley Place, Brooks Hardware and Harold’s.