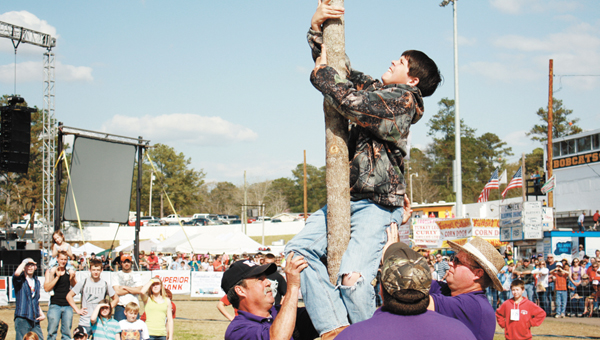 The countdown is on for the 51st annual Opp Rattlesnake Rodeo.

“But really we have two different crowds,” he said. “We have the day crowd and the night crowd.”

Opening ceremonies will be at 6 p.m Friday.

The big acts will begin at 6:15 p.m. with Daphne native Aaron Parker, who describes his music as “real.”

Ford is known for songs such as “No Trash in My Trailer,” “Ride Through the Country” and “Huntin’ the World.”

Atkins is famous for songs such as “If You’re Going Through Hell,” “Farmer’s Daughter” and “Watching You.”

For the day crowd, there are snake shows, a 5K walk/run on Saturday morning, snake races, a greasy pole climb and a buck-dancing contest.

Don’t forget the arts and crafts vendors set up around the track at Channel-Lee Stadium.

Tickets are still on sale online and at Opp City Hall.

“That way those who only want to come to the day’s events can still pay last year’s price,” Edgar said.

A schedule of events follows: