He’s the young guy of the Rodeo 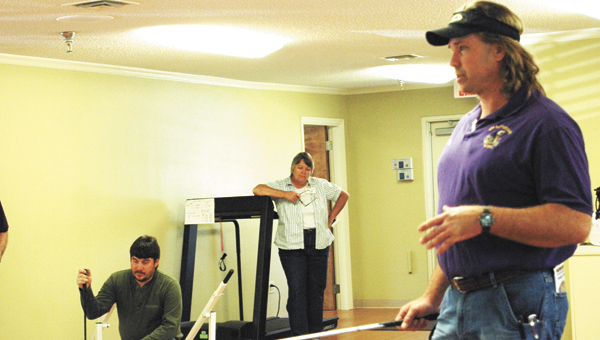 He’s one of the “young” guys involved with the annual Opp Rattlesnake Rodeo, but that doesn’t make his desire to educate people any less than those who’ve come before him.

“I’ve been doing this for the last 16 or 17 years,” said Christopher Harper, who’s one of the snake handlers and educational leaders for the rodeo. “I started because I had some buddies doing it, and we used to do some charities.”

Harper said they did a lot for the kids and the elderly, which was a major draw for him.

“We did fruit baskets for the elderly,” he said. “And fundraisers that helped the community.”

But the snake handling didn’t come naturally for Harper.

“I had handled them a little bit before,” he said. “I actually, in the beginning, had a phobia of them, but then I learned a lot about them.”

Harper said he learned how rattlesnakes exist within their habitat and the importance of sharing the educational message to the community.

Additionally, Harper said he does it for the fellowship.

“We have a big group of friends and we work together,” he said. “We’re friends all year round.”

Harper, also enjoys meeting the new people that come to the rodeo and those in the schools and nursing homes.

“My main thing to do is the nursing homes and schools,” he said. “It’s important to teach them the dangers and what to do if they get bitten, more so with children than anything else.”

“It’s sort of hard to keep the small towns alive,” he said. “(The rodeo) draws people back to the area. The motels are full for a year in advance and so are the campgrounds. You mention Opp, Ala., and they know it’s about the snakes.”

Harper said he deals with a lot of companies through his business, and they know it’s where the rodeo is located.