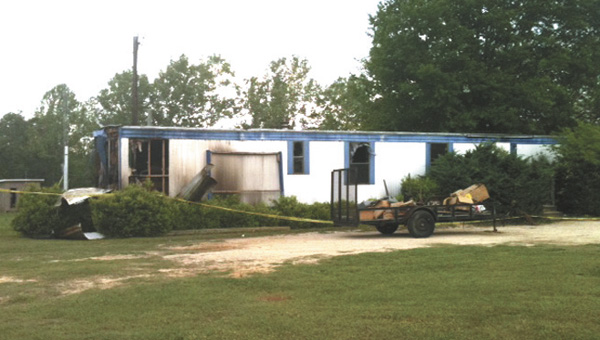 What is believed to have been an electrical fire destroyed Florala’s WKWL this weekend.

Owner and Florala Mayor Robert Williamson said thanks to the prompt response of the Florala Volunteer Fire Department, many personal items and business documentation was recovered.

Reports indicate the blaze started just before 3:30 a.m. Cause of the fire was believed to be electrical in nature.

The station’s radio equipment was destroyed; however the transmitter building escaped damage.

“We can’t say ‘thank you’ enough for the thoughts and prayers given, as well as the help we’ve received,” Williamson said. “A special ‘thank you’ goes to the our local fire department and police department who did an outstanding job responding. Without it, we couldn’t have recovered as much as we did.”

Williamson said he hopes to have the station operational as quickly as possible.