Workin’ on a building 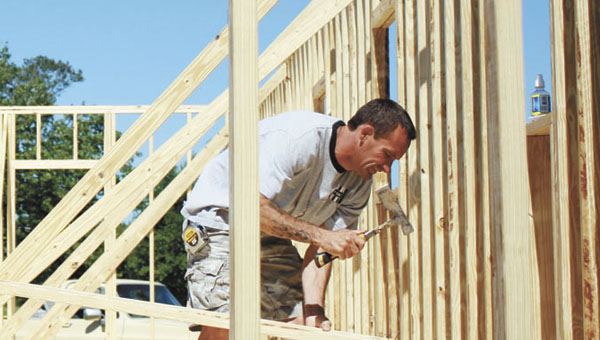 The men of Crossover Ministries lend a hand for the expansion. | Kendra Bolling/Star-News

After six years in business, Doc’s Country Store is doing so well, owner Dr. Steve Boothe is expanding the store.

Boothe said this is the second expansion since he built his store, located on the U.S. Hwy. 331 Bypass in Opp.

It is described by some as a “unique and unusual general store” that has become a place to spoon up a delicious taste of simpler times.

“I added about 30 seats then and this place I’m building now is going to be a little over four times that big,” he said. “It should seat 75 to 100 times.”

Boothe said the expansion will be helpful especially during the summertime when a lot of beach traffic stops, and it is expected to be completed by the end of May.

People from all across the country have enjoyed Doc’s, including families from California, Tennessee, Georgia and even Canada.

Boothe said at last count tourists from 48 states and 12 countries have stopped at the store.

Boothe said he’ll keep the same menu, which has made the diner one of Opp’s most popular eateries. The menu consists of chili dogs, ice cream and hamburgers, along with many other favorites.

All for a good cause