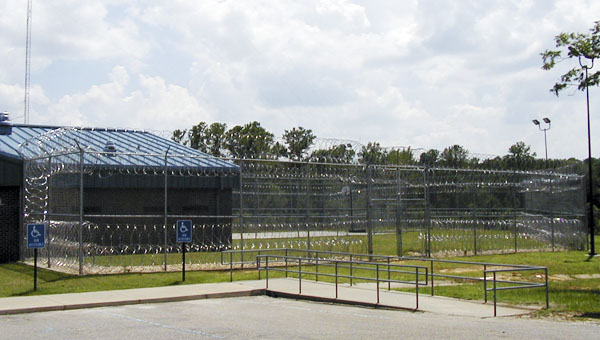 The Covington County grand jury has pointed out mold, building disrepair and other issues for more than a year at the jail and those issues have not been corrected.

Quarterly inspections of the county jail, courthouse and board of education have resulted in very similar lists of issues for more than a year, including mold, building disrepair and safety issues.

But the people in charge of those facilities either dispute the claims or say they are prevented by lack of funding from doing anything about them.

The grand jury, which meets once a quarter to consider potential legal actions against those accused of crimes, is also charged with inspecting county facilities. Jurors are required to inspect the property, and at the end of their tours, present a punch list of recommendations to improve the facilities.

For at least the past 12 months, jurors consistently pointed out issues of mold inside the county jail on the kitchen walls; in the showers, vent a ceiling of the female inmate area; in the law library vents; on the walls of the chapel; and in the male inmate area.

Sheriff Dennis Meeks said the jurors have been wrong.

“That jail is cleaned constantly every day,” Meeks said. “That’s not mold. It’s dust. The jail is painted four times a year, and inmates are given cleaning supplies to upkeep the common areas in the jail.

“We make a list of things that need to be repaired and give it to the (county) maintenance men all the time,” he said. “There are three of them, and those guys are in charge of (the county administration building), the jail, the courthouse, the county health department and the USDA building, so they get to it when they can get to it.”

Meeks said none of the items found were safety issues, only aesthetics.

“(The jail) is cleaned, swept and mopped every day,” he said. “This is a jail. It’s not a pretty place.”

Jurors also pointed out the need for additional staff, an increase in pay and a larger female inmate facility – three things, Meeks said, that are out of his control.

“It comes down to money,” he said. “And the county doesn’t have it.”

“We do our very best to ensure that any and all requests are handled,” Kennedy said. “We have to prioritize them, and of course, safety issues always come first.

“Like other county departments, we’d love to have additional staff and means to do improvement projects, but we’re limited by the budget,” he said.

At the courthouse, jurors have pointed out that the second story is in need of repainting or having the wallpaper replaced, ceiling tiles need replacing and that there is a desperate need for more storage area.

It was also pointed out that there needs to be a safer storage system for documents, which are currently housed in the basement and old jail, since there are too many historical documents that could be lost in the event of a natural disaster or fire.

Many items pointed out by jurors over the last year, such as the leaky roof and the overall appearance of some offices, have been corrected.

At the county board of education building, only a few items were noted by jurors. Examples include repainting the parking spots in the parking lot, updating the water fountains and equipping handicapped accessible bathrooms with handrails and wheelchair- and child-accessible sinks and soap dispensers.