Attorney: Phillips’ release would save money 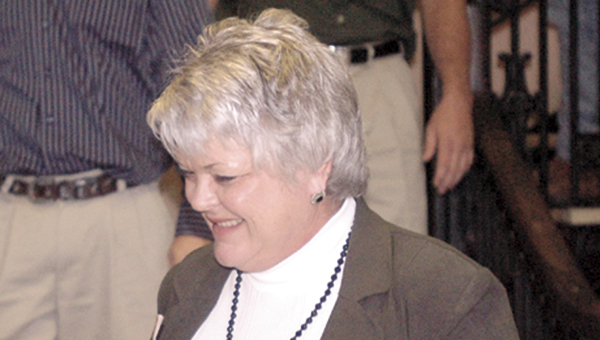 The attorney for former Probate Judge Sherrie Phillips said Friday there’s two reasons his client should be released early – one, because she’s “experienced prison life,” and two, because it would save the state some $40,000.

A Covin-gton County jury convicted Phillips of theft by deception of $1.8 million and intentionally using her official position for unlawful personal gain for herself or a family member in late October of 2008. The state originally brought six counts of theft and ethics violations against her.

Since then a civil suit has been filed against Phillips and others by one of the case’s key witnesses.

“My client has been punished,” Harrison said Friday. “She’s been incarcerated, lost her law license and has been sued.

Phillips was sentenced in 2008; however, she was allowed to remain free on bond while she appealed her conviction. An appellate court upheld her conviction, and the Alabama Supreme Court declined to review her case. She was incarcerated in October of 2009 and would serve until October of 2012 if she serves the full sentence.

She is currently serving her time in a Montgomery work release facility, and gets frequent weekend passes.

Harrison credited the current budget situation, and the fact that Phillips has served nearly half of her three-year sentence, with their decision to seek early release.

“Our biggest concern is the budget and the budget situation in the state government,” he said. “The state is having to let go juvenile probation officers and law enforcement because there is no money.

“We’re right at the 18-month point of her sentence,” he said. “She’s in a prison, wears a prison uniform, and has been behind that fence. It’s changed her thinking process, and she’s dealing with the issues of her life. Plus, I believe, she’s accepted her role and the part she played in this situation.”

Harrison said he hopes the sentencing judge, Charles Price, who is the presiding circuit judge of the Montgomery circuit, agrees.

“I believe that the judge has seen how she did, how she adjusted to prison life, and will agree it’s time for her to take care of things here at home,” he said. “It’s said it costs approximately $30,000 a year to house an inmate. By letting my client go, it would save the state somewhere around $39,000.”