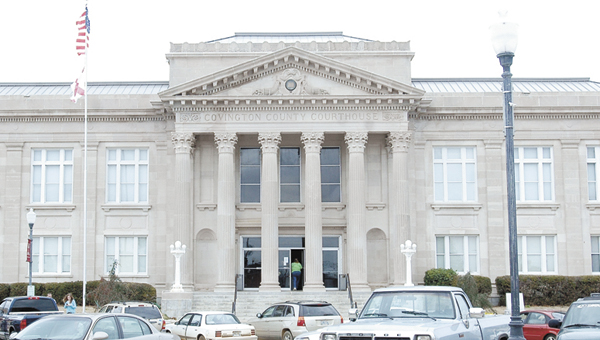 Alabama Chief Justice Sue Bell Cobb on Tuesday issued an administrative order authorizing the presiding judge in each circuit to close court offices on Fridays in the wake of recent budget cuts.

In Covi-ngton Cou-nty, presiding Circuit Judge Ashley McKathan said he doesn’t think that will be necessary.

Earlier this month, Gov. Robert Bentley ordered 15 percent proration of the current General Fund budget, and the chief justice responded with an order to lay off about 150 people beginning May 1.

Cobb’s administrative order also directs court officials who are responsible for jury organization and orientation to request that “in the spirit of shared burden,” jurors waive the compensation due them.

“The first time I actually saw the order was this morning,” Judge McKathan said early Wednesday. “My immediate inclination is not to close on Fridays.”

McKathan said he will consult with other court officials before making a final determination.

In her previous order, Cobb listed classes of employees who were subject to layoffs. McKathan said most of those included in the list – like law clerks and court administrators – aren’t allocated to rural circuits.

In the present round of lay-offs, the only employees who could be considered locally were juvenile probation officers.

He said court officials were able to cut enough money from the county law library fund to keep the employee.

“We cancelled a number of publications to do it,” he said. “Presently, we are not losing any employees.”

He said on first read, he does not think the order to reduce jury terms will apply to grand jury terms.