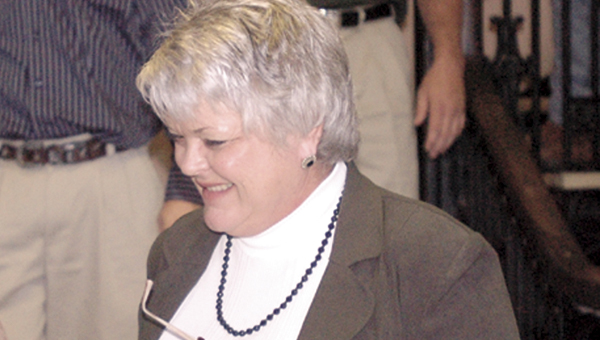 Price sentenced Phillips to a 10-year split sentence with three years imprisonment after a Covington County jury found her guilty of theft by deception of $1.8 million and intentionally using her official position for unlawful personal gain for herself or a family member in late October of 2008.

Because he issued a split sentence, Judge Price retained jurisdiction over the case and could enter an order to release Phillips before her three years are up.

Phillips’ attorney, Geneva attorney David Harrison, asked the court in his motion to execute the remainder of her sentence, stating that she “has given every indication of reformation and correction.” He also argued that letting her out early would save the state money.

The attorney general’s office, now led by Luther Strange, prosecuted the case against Phillips in 2008. The AG’s office entered a response on Tuesday to her request for an early release, but that response had not yet reached the Covington County Circuit Clerk’s office yesterday afternoon.

Phillips appealed her conviction and was allowed to remain free on bond until her appeals options were exhausted. She is serving time at a Montgomery community-based work facility and drives the inmate van.

She began serving her time in late 2009. By July of 2010, she was earning 36-hour weekend passes, and is frequently seen in Covington County. In a previous interview, the state prison system spokesman said Phillips was eligible for passes because she was found guilty of a non-violent crime and received a relatively short sentence.