Locals suit up for hazmat training 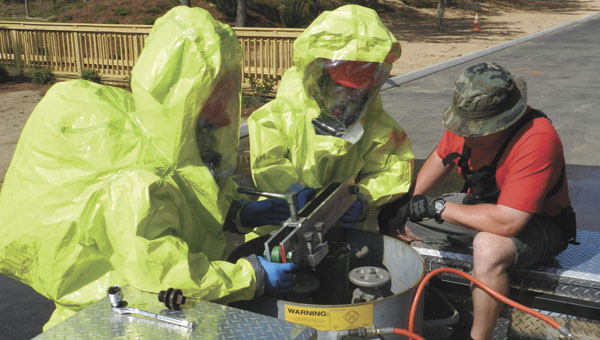 Williams said the training would have cost $650 per person plus travel expenses.

Williams said the training is important, given the number of rail cars and 18-wheelers that pass through town.

“Inevitably, some of them are hauling hazardous materials,” he said.

At one time, COPS (Community Oriented Policing Services) had funding for cleaning up meth labs. But in the first round of federal budget cuts when Congress passed a continuing resolution to keep the government operational, those funds went away.

Covington County already has a disaster response van, he said, which makes local personnel more prepared than those who depended solely on the feds for clean-up.

“We don’t see the super labs, like in Mexico and the desert,” Williams said.