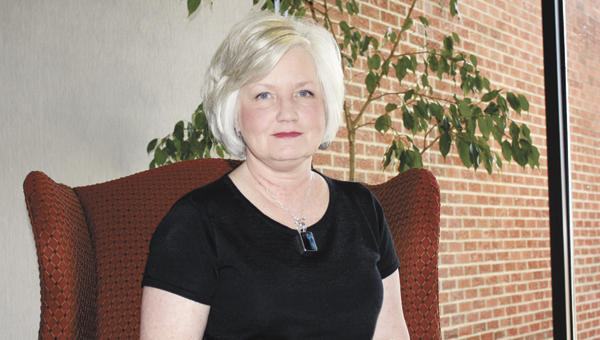 It’s been said that mammograms are sort of a gift – you can either catch something early or count your lucky stars because nothing was discovered.

During a routine physical, Curry’s doctor discovered a lump in one of her breasts in 2007.

“By the grace of God, it was found,” she said. “I didn’t have a symptom other than being tired, but who isn’t when you have high school kids? It was a total surprise. No one in my immediate family had had breast cancer, not my mom or either of my grandmothers. My aunt had it after I did.”

Curry said she almost let life get in the way rather than getting her physical.

“I planned to skip my physical that year,” she said. “Things were so busy, you know what it’s like when you have children in high school.”

However, Curry said she had to take her mother for her physical, so she decided to get hers anyway that day.

“They sent me for mammogram,” she said. “They were 99 percent sure it was a small tumor.”

Curry said a biopsy that confirmed the tumor was malignant.

She under went a lumpectomy, was treated with chemotherapy and seven weeks of radiation.

Curry made it 10 years without cancer, which she says gives you “cancer-free” status.

However, in 2007, a routine mammogram revealed “ductal carcinoma in situ,” which is breast cancer in the lining of the milk ducts that has not yet invaded nearby tissues, she said. It can progress to invasive cancer if untreated.

“It is the earliest form of cancer,” she said.

Curry under went a lumpectomy and seven weeks of radiation.

Though it was a dark time, Curry said she made it through with “prayers” and deepened her walk with the Lord.

“You can feel the prayers,” she said through teary eyes.

Curry said now that she’s been through the fight against cancer and is a survivor, she is sympathetic to those who are going through the same battle.

“The treatment isn’t that bad,” she said. “The drive to and from Montgomery five days a week, it was is hard. It’s tiring.”

Curry said she encourages everyone to get routine physicals.

“You have to preach to everyone that they have to have routine mammograms and get physicals every year no matter what.”

Now Curry is active in Covington County Relay for Life and is co-captain of PowerSouth’s Relay team.

Curry said for those who do come out to Relay for Life this Friday at the Kiwanis Fairgrounds, she encourages them to read the groups’ T-shirts for cancer facts.

“You might pick up on a symptom,” she said. “I didn’t have any symptoms other than being tired, but you might have a symptom you haven’t thought about. It could save your life.”

Local families who do not have adequate housing could qualify to be one of the next three Habitat for Humanity... read more