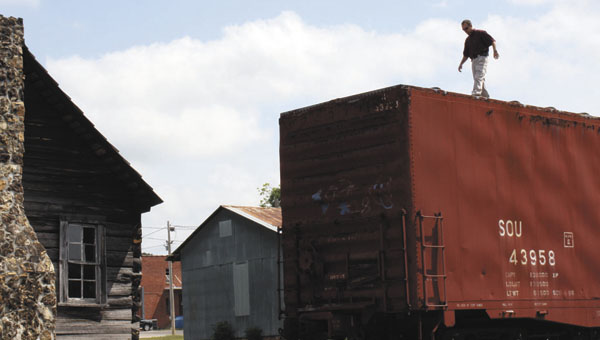 APD’s Sgt. Jason Curry examines the top of a railcar as he looks for the weapon used in Saturday’s shooting. | Stephanie Nelson/Star-News

The condition of Saturday’s shooting victim has been upgraded to “critical.”

The identity of the 49-year-old white female is being withheld as the investigation unfolds; however, law enforcement is reporting she is speaking and assisting with the investigation after being shot three times and transported to Andalusia Regional Hospital for surgery.

She remains in the ICU; however, family members who asked not to be identified said Monday, she is “doing good” and has been upgraded from “critical” to “serious” status.

Covington County residents and businesses forked over an estimated $108,000 and counting to support this year’s Relay for Life event,... read more