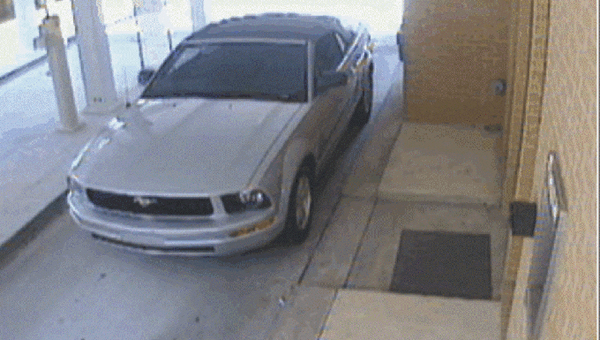 The driver of this newer model Ford Mustang convertible attempted to rob the Regions Bank in Paxton, Fla., on Monday. Courtesy photo

The Walton County Sheriff’s Office (WCSO) is seeking information regarding an attempted bank robbery that occurred at approximately 1 p.m. Monday at the Regions Bank located at 23259 N. Highway 331 in Paxton, Fla.

The suspect is described as a white male who is approximately 6 feet tall and weighs approximately 290 pounds. He was wearing dark glasses and had a long black beard. The beard may be a disguise.

The suspect was driving a newer model silver Ford Mustang with a black convertible top.

If you have information regarding this incident, please contact the Walton County Sheriff’s Office at (850) 892-8111 or your local law enforcement agency.

In life, and now in death, Evan Carpenter and Levi Neal were best friends who did everything together. Evan Carpenter... read more