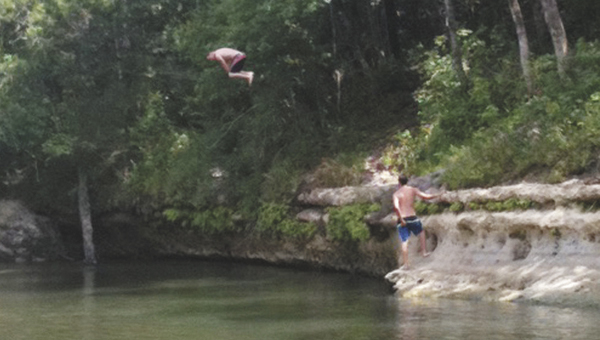 Eilene Beard brought the issue before the county commission in March on behalf of herself and the three other adjoining landowners.

The property is located off County Road 24, also known as Open Pond Road, and allows access to the Yellow River. For years, the community has enjoyed public access to the privately owned property; however, that will soon come to an end.

Forrest Tinklepaugh, a land owner, said he, like Beard, felt he should have the right to enjoy his property.

Beard, who also spoke again to commissioners, reaffirmed her position, citing damage to the shoreline, excessive littering and the issue of liability.

“I think it’s a waste of taxpayers’ money to keep that road up,” Beard said. “We have funds to fix the shoreline, but will only do it if the road is closed. If you leave it open, you only support illegal activity such as underage drinking and drug use.

“The fact remains that to even get to the river, one has to trespass across our property,” she said. “And I can’t take my family there because I don’t feel comfortable.”

There were two residents on hand – Everett Mock and Mike Bowman – who spoke against closing the road.

“We know there is a small minority that makes it hard for the majority who use the property,” Bowman said. “I’m for keeping it open, but I’m also for calling the law if something (criminal) happens so they can deal with it.”

Mock said he “really loved the place” and even offered to help with clean up, if the property stayed open.

However, commissioners agreed with the property owners.

“I don’t feel that, as a commissioner, I have the right to tell a property owner what to do with their land,” Commissioner David Ellis said as he cast his vote.

The closure will be advertised this week and becomes effective on Mon., May 16.

• approved to hire the state to perform the annual audit of federal funds.

• voted to enter into an agreement with the City of Florala for a joint fuel bid.

• voted to sell a 2010 Mack Tractor with Wood Auction Company and to purchase and finance a new one.

• awarded a bid to the Andalusia and Florala Co-Ops for seed and fertilizer.

For the second time this year, the local chapter of Outdoors Without Limits has been forced to reschedule its awareness... read more