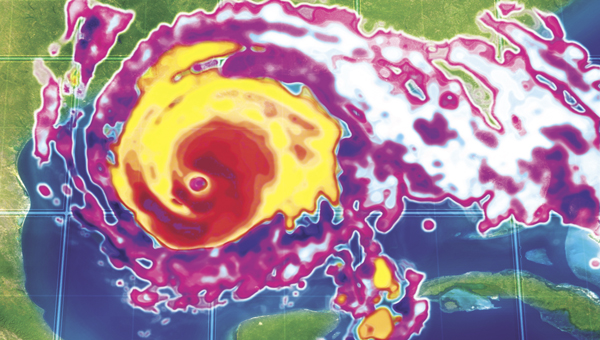 If NOAA’s predictions prove correct, it’s going to be a busy hurricane season, and local officials are urging residents to prepare now.

Hurricane experts predict it is unlikely the U.S. will escape a direct hit from a hurricane this season.

Those experts are predicting three to six major hurricanes, six to 10 hurricanes and 12 to 18 named storms.

The busiest on record was 2005, which saw 28 named storms, including the devastating Hurricane Katrina.

NOAA characterizes a major hurricane as a category 3 to category 5 storm. These storms have sustained winds of 111 mph or more.

The City of Opp is working to be a “step ahead” of the storm.

“It’s scary what Mother Nature can do,” he said, referring to April 27’s deadly tornados. “We’ve been lucky the last three years.”

“We’ve fixed all of our generators,” he said. “And our satellite phones are in working order. It will help us communicate in the event of natural disaster.”

“It’s time to dust off those disaster supplies kits and get better prepared,” he said. “We are about to head into hurricane season, where we can experience high winds, flooding and tornados that may accompany them. With the storms that hit our state in April and the flooding taking place in our sister states, we need to all take precautions to make sure that were are all prepared for the storms that show up during our summer fun.”

“By taking three basic preparedness actions, you can get ‘Red Cross Ready’ for disasters and other emergencies. One – get a kit. Two – make a plan. Three – be informed,” Davis said. “Your local Red Cross chapter is here to help you get prepared for specific disasters like hurricanes. Even if you took action to prepare last hurricane season, it’s important that you revisit and update your communication plan and check your disaster supplies kit for expired items.”

“Check your kit and replace the stock every six months,” he said.

Whether one purchases a kit or chooses to build one’s own, it should include:

• A three-day supply of water (one gallon per person, per day);

• A three-day supply of non-perishable food;

• One change of clothing and shoes per person;

• One sleeping blanket or sleeping bag per person;

• Special items for infant, elderly or disabled family members; and

OSHA is stepping in to investigate an industrial accident at the Enterprise Lowe’s that left a man dead Friday morning.... read more