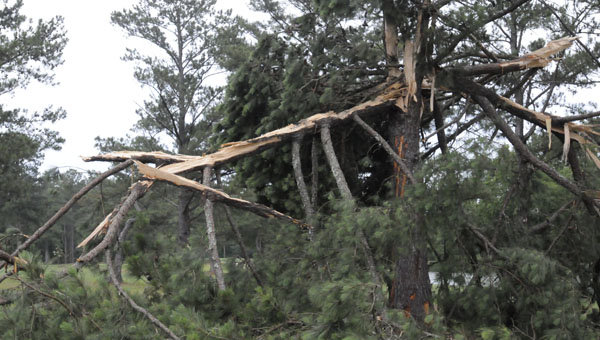 Golfers at the Evans Barnes Golf Course were sure glad they followed advice to seek shelter in a lightning storm after a huge bolt “exploded” a tree near the clubhouse Thursday.

The skies quickly grew dark as an afternoon storm brought severe winds, but no rain.

“It also brought lightning,” said golfer Lane Knox. “We were all in the clubhouse and out of the blue, it lit up the tree.”

Knox described the incident as “unreal.”

“It was like it happened in slow motion,” he said. “There was a fire at the top and then the whole think exploded. I’ve never seen anything like it before.”