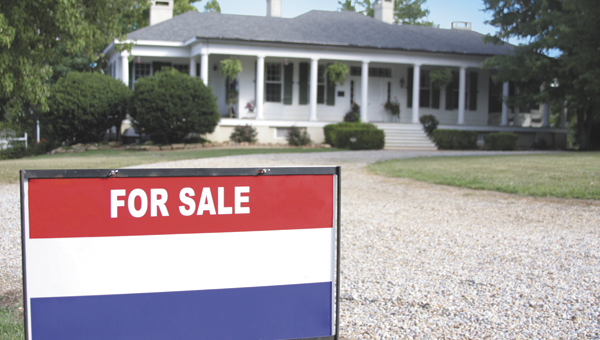 Homes in Covington County are bucking the national trend by selling for more this year than last, real estate officials said Tuesday.

“We’ve had a lot of sales this year,” said Kerry Alexander, president of the Covington Association of Realtors.

In fact, this year, local Realtors have sold 94 homes compared to 87 this time last year.

“That kind of gives residents an idea of what our houses are going for,” she said. “The association has already sold $12.1 million in the past six months.”

Houses are staying on the market a bit longer these days, too, she said.

From January to May the average number of days on the market was 191, compared to 183 days for the same period in 2010.

Still, U.S. single-family home sales dropped recently and reached their lowest level since their 2009 low, as the housing market remained bogged down by inventory and weak demand.

In the first quarter, the national S&P/Case Shiller composite index fell 1.9 percent on a seasonally adjusted basis, compared to a decline of 1.8 percent in the previous quarter.

National economists said a backlog of foreclosures poised to reach the market means prices may stay depressed, and said they wouldn’t be surprised if they continue to fall this year and possibly into next year.

Softball players from across the country will come to Andalusia in August for the Babe Ruth 12U Softball World Series.... read more