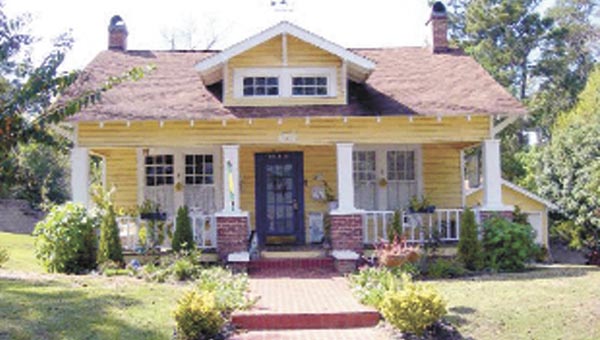 This home on 3rd Avenue is one of the many homes featured in the Realtors open house tomorrow. | Courtesy photo

Residents interested in purchasing a new home or those who simply want to see what’s on the market will have the opportunity to see what local realtors have to offer during the Realtor Nationwide Open House tomorrow.

“This is a really big weekend for us,” she said. “We have a lot of traffic, and we tend see people we normally wouldn’t see. We get more participants than any open houses we have during the year.”

“(The event) is just to give a chance for our sellers to get their houses shown,” she said. “We just want to give everyone a chance to look at these houses without any commitments. They can go around and look at what’s on the market.”

Alexander said there are homes in all price ranges, and a complete list is available at local real estate offices and can be found in tomorrow’s edition of the Real Estate Preview found inside The Star-News.

The following is a list of the properties on the tour:

Featured homes range in price from $89,000 to $395,000 and are in a variety of neighborhoods and portions of the county.

Throughout the county, participating agents will open the doors to their listings from 1 p.m. until 4 p.m.

An Opp juvenile who escaped from a group home in Troy is now facing theft of property charges. Opp Police... read more