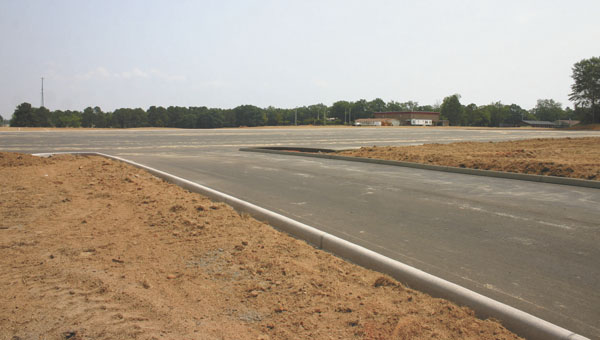 New parking lots at Johnson Park will mean players and parents won’t have to cross through traffic to reach playing fields. | Michele Gerlach/Star-News

This week, Johnson Park looks nothing like a sports complex. But in a few days, area sports fans will begin to see the outlines of what will be eight playing fields when the baseball and softball reopen there in April of 2012.

Most of the dirt work has been completed, Director of Leisure Services Dwight Mikel told the city council earlier this week. Additional parking lots have been paved, and employees in the city’s public works department are working on curbing in the new parking lots.

“The utilities board is working with us on irrigation,” Mikel said, adding that trenches were to be dug this week.

“We are a little ahead of schedule,” he said.

The design for the reworked park will mean that players won’t have to cross the parking lot to move from one field to another.

Improvements also will include new state-of-the-art lighting and sound systems.

The Andalusia Kiwanis Club and the U.S. Forest Service will sponsor the annual kids’ fishing derby today at the pond... read more